Reach Out I'll Be There

I’ll Take You There 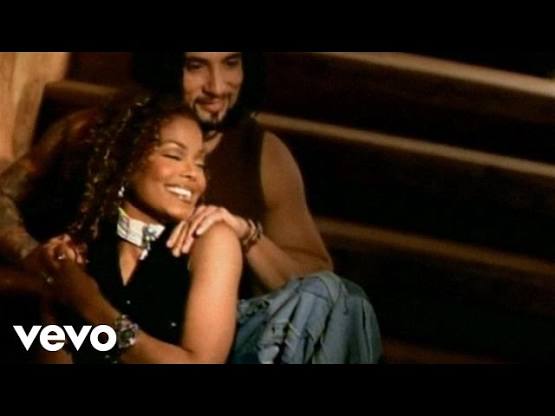 Aug 25, 2016 · Music ; SONG. That's The Way Love Goes ; ARTIST. Janet Jackson ; ALBUM. That's The Way ...
Duration: 4:26
Posted: Aug 25, 2016
People also ask
Is JLO in Janet Jackson's video that's the way love goes?
In the early '90s, Lopez was also a backup dancer for Janet Jackson. “She was supposed to do the whole Janet tour, but she only did the 'That's the Way Love Goes' video,' ” Jackson told Vibe magazine in 2001.
5 Things You Didn't Know About Jennifer Lopez | Vogue
www.vogue.com › article › jennifer-lopez-5-things-you-didnt-know
More results
How old was Janet Jackson in That's the Way Love Goes?
Even at 20 years old, this Janet jam can still ignite any house party, much like the one in its music video." The publication exclaimed it to be "a sexual awakening for both Jackson and American culture"; classified as one of "the most sexually frank to reach the upper reaches of the charts at the time."
That's the Way Love Goes (Janet Jackson song) - Wikipedia
en.wikipedia.org › wiki › That's_the_Way_Love_Goes_(Janet_Jackson_so...
More results
Who was the model in Janet Jackson video?
The video that transformed Janet and mesmerized us all. 1 by Janet's first RN1814 single, “Miss You Much”). “Love” featured two past and future Calvin Klein underwear models: Antonio Sabato, Jr., who had modeled the brand in 1990, and Djimon Hounsou, an actor-model who would connect with CK some 17 years later in 2007.
30 years later: Love Will Never Do (Without Janet Jackson, Antonio ...
djrobblog.com › archives
More results
How rich is Janet Jackson?
Janet Jackson is perhaps the richest member of the Jackson family with a net worth of $190 million to her name.
What is Janet Jackson's Net Worth? - Music In Minnesota
www.musicinminnesota.com › janet-jackson-net-worth
More results

janetjackson.fandom.com › wiki › That's_the_Way_Love_Goes
"That's the Way Love Goes" is the lead single from Janet Jackson's 1993 album, Janet. Released on May 4, 1993, the song became a worldwide hit and was also ...

Someone to Call My Lo...