City in Virginia
The City of Fairfax, colloquially known as Fairfax City, Downtown Fairfax, Old Town Fairfax, Fairfax Courthouse, or simply Fairfax, is an independent city in the Commonwealth of Virginia in the United States. As of the 2010 census the population was 22,565, which had risen to an estimated 24,019 as of 2019. Wikipedia

www.fairfaxva.gov
City of Fairfax, VA ... Old Town Hall. This stately Colonial Revival building in the heart of Old Town Fairfax City hosts lots of community and private events.
Government · Contact Us · City Offices · City of Fairfax Police Department
People also ask
Is Fairfax VA a good place to live?
Fairfax is a suburb of Washington, D.C. and is one of the best places to live in Virginia. ... Fairfax is also known for highly-rated public schools, well-organized public transportation, and amazing taxicab service in the vicinity, at great prices. Essentially, the city's got it all you need for a good life!
Is Fairfax VA a Good Place to Live? Check These 6 Things That Answer ...
fairfaxyellowcab.com › blog › is-fairfax-va-a-good-place-to-live-check-the...
More results
What is Fairfax Virginia famous for?
Fairfax County is home to 11 Fortune 500 company headquarters, as of 2020. Fairfax County has the largest concentration of technology jobs of any major US market. Fairfax County is also home to some of the top emergency responders on international crisis teams in the country, most notably Virginia Task Force 1, VATF-1.
About Fairfax County
www.fxva.com › press › about-fairfax-county
More results
Is it safe in Fairfax VA?
The chance of becoming a victim of either violent or property crime in Fairfax is 1 in 57. Based on FBI crime data, Fairfax is not one of the safest communities in America. Relative to Virginia, Fairfax has a crime rate that is higher than 80% of the state's cities and towns of all sizes.
Fairfax, VA Crime Rates and Statistics - NeighborhoodScout
www.neighborhoodscout.com › va › fairfax › crime
More results
Is Fairfax a good area?
Fairfax is in Fairfax City County and is one of the best places to live in Virginia. ... In Fairfax there are a lot of restaurants, coffee shops, and parks. Many families and young professionals live in Fairfax. The public schools in Fairfax are above average.
Fairfax, VA - Niche
www.niche.com › places-to-live › fairfax-va
More results

About Us | City of Fairfax, VA

www.fairfaxva.gov › services › about-us
The six-square-mile jurisdiction in the heart of Northern Virginia was founded in 1805 as the Town of Providence. Known for its courthouse, it was for a time ...
Popular on Twitter
Northern Virginia Regional Commission 🇺🇸
Twitter › NoVARegion 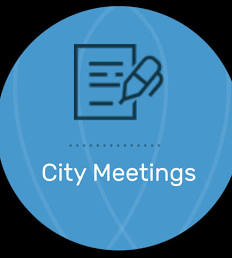 Tonight's (1/24) Fairfax City Planning Commission meeting begins at 7 pm. To view the agenda and video: visit fairfaxva.gov & click on "City Meetings" Be sure to read the agenda for instructions on how you can participate in this meeting. @FairfaxPlanning
Twitter • 3 hours ago
WTOP Traffic ✓
Twitter › WTOPtraffic

US-50 EB past Stringfellow Rd, near Muirfield Ln, crash, follow police directoin #Fairfax #VaTraffic #DCTraffic Traffic🔗 wtop.com/traffic Listen 🔗 live.wtop.com/listen
Twitter • 1 day ago
Kim English ✓
Twitter › Englishscope24
We need butts in seats tomorrow night @eaglebankarena! 7pm. Fairfax, VA. St. Joseph’s vs @GeorgeMasonU! If you have season tickets and can’t make, give them to someone who can make it. Come early. BE LOUD!! STUDENTS… we need you all. Not only there, but on your feet. #RockWithUs
Twitter • 21 hours ago
511 Northern VA
Twitter › 511northernva
Disabled Vehicle: EB on I-66 at MM55.7 (0.6mi east of Fairfax Cty Pkwy Exit55) in Fairfax Co. No lanes closed. 3:22PM
Twitter • 20 hours ago
George Mason News
Twitter › GeorgeMasonNews

Fair housing is a right! Take the Regional Fair Housing Survey and share your experiences with local housing departments in DC, Maryland and Virginia. We want to hear from you: bit.ly/DMVhousing #fairhousingDMV
Twitter • 3 days ago
Fairfax County Parents Association
Twitter › FFXParentsAssoc
FCPS is part of 7 SBs suing to stop the EO on masks. @stella_pekarsky says that "Fairfax’s SB wants to find an off-ramp for masks.” Respectfully, we have seen no evidence that the SB will ever do this. www.washingtonpost.com/ed…
Twitter • 3 hours ago
Jeff McKay ✓
Twitter › JeffreyCMcKay

In case you missed it, #Fairfax, we're now fine free! FCPL will no longer charge overdue fines on most library materials. But remember: when you borrow items from us, don't stop the fun for others — return every one! Learn more: bit.ly/fcpl_overduefines #finefree #publiclibraries
Twitter • 18 hours ago
Northern Virginia Regional Commission 🇺🇸
Twitter › NoVARegion 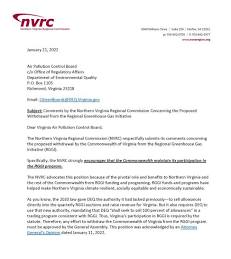 www.fxva.com
A visit to Fairfax County will put you in perfect position to experience all the fun things to do in Virginia and the National Capital Region.

Things to Do in Fairfax, VA-Old Town -Plan Trip