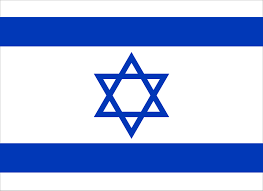 History of Israel The nation of Israel is the world's first Jewish state in two millennia. It represents for Jews the restoration of their homeland after the centuries-long Diaspora that followed the demise of the Herodian kingdom in the 1st century ce. As such, it remains the focus of widespread Jewish immigration.
Israel - History | Britannica
www.britannica.com › place › Israel › History
About Featured Snippets

www.mfa.gov.il › mfa › history › facts+about+israel-+history
Jerusalem, the capital of Israel, has been the focus of extensive archeological activity and remains of 5,000 years of history have been revealed. TIMELINE OF ...
People also ask
What was Israel called before?
When World War I ended in 1918 with an Allied victory, the 400-year Ottoman Empire rule ended, and Great Britain took control over what became known as Palestine (modern-day Israel, Palestine and Jordan). The Balfour Declaration and the British mandate over Palestine were approved by the League of Nations in 1922.
Jun 30, 2017
Israel - Facts, History & Conflicts
www.history.com › topics › middle-east › history-of-israel
More results
Who lived in Israel first?
3,000 to 2,500 B.C. — The city on the hills separating the fertile Mediterranean coastline of present-day Israel from the arid deserts of Arabia was first settled by pagan tribes in what was later known as the land of Canaan. The Bible says the last Canaanites to rule the city were the Jebusites.
Jerusalem has history of many conquests, surrenders - USA Today
www.usatoday.com › story › news › world › 2017/12/05 › jerusalem-histo...
More results
Where did Israel come from?
Modern Israel has its origins in the Zionism movement, established in the late 19th century by Jews in the Russian Empire who called for the establishment of a territorial Jewish state after enduring persecution.
State of Israel proclaimed - HISTORY
www.history.com › this-day-in-history › state-of-israel-proclaimed
More results
What was Palestine before Israel?
In modern times, the area was ruled by the Ottoman Empire, then the United Kingdom and since 1948 it has been divided into Israel, the West Bank and the Gaza Strip. ... In the 4th century, as the Roman Empire Christened, Palestine became a center of Christianity, attracting pilgrims, monks and scholars.
History of Palestine - Wikipedia
en.wikipedia.org › wiki › History_of_Palestine
More results

en.wikipedia.org › wiki › History_of_Israel
Israeli independence in 1948 was accompanied by an exodus of Arabs from Israel, the Arab–Israeli conflict and a subsequent Jewish exodus from Arab and Muslim ...
Periodisation · Prehistory · Bronze and Iron Ages · Roman period (64 BCE–4th...

www.history.com › topics › middle-east › history-of-israel
Jun 30, 2017 · Much of what scholars know about Israel's ancient history comes from the Hebrew Bible. According to the text, Israel's origins can be traced ...
Top stories

At symbol of the Final Solution, two Israelis pass down its history
Haaretz 1 day ago

Where the streets have no Arabic name, a group of women reminds us of Palestinian history
Haaretz 2 days ago

Over a century of historical Israeli footage is now online, and it’s a revelation
The Times of Israel 2 weeks ago

history.state.gov › milestones › creation-israel
Milestones: 1945–1952. NOTE TO READERS “Milestones in the History of U.S. Foreign Relations” has been retired and is no longer maintained ...

www.livescience.com › 55774-ancient-israel
Aug 15, 2016 · When scholars refer to "ancient Israel," they often refer to the tribes, kingdoms and dynasties formed by the ancient Jewish people in the ...

Brief History of Israel and the Jewish People

www.science.co.il › israel-history
Before his death, Moses appointed Joshua as his successor to lead the 12 tribes of Israel. The rule of Israelites in the land of Israel started with the ...
Related searches
Israel and its people