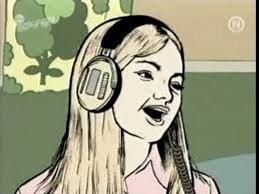 www.discogs.com › release › 1078801-Peter-Bjorn-A...
Rating 4.4 (9)
Sep 10, 2021 · Consultez des crédits, des avis, des pistes et achetez 2007 CDla référence de "Young Folks" sur Discogs.
People also ask
Who is the girl in young folks?
'Young Folks' Singer Gets Taken by Trees Swedish pop singer Victoria Bergsman has a voice heard by millions around the world: That was her singing on the massive hit "Young Folks," by the indie-pop band Peter, Bjorn and John. But fewer people heard that she also put out a solo record in 2007.
'Young Folks' Singer Gets Taken by Trees - NPR
www.npr.org › templates › story › story
About Featured Snippets
More results
What FIFA was young folks on?
The song is in the soundtrack of the video games FIFA 08 and MLB 2K13.
Young Folks - Wikipedia
en.wikipedia.org › wiki › Young_Folks
About Featured Snippets
More results
What key is young folks in?
Song Metrics Young Folks is a positive song by Peter Bjorn and John with a tempo of 138 BPM. It can also be used half-time at 69 BPM or double-time at 276 BPM. The track runs 4 minutes and 39 seconds long with a key and a major mode. It has high energy and is very danceable with a time signature of 4 beats per bar.
Tempo for Young Folks - Peter Bjorn and John - Song BPM
songbpm.com › young-folks
About Featured Snippets
More results
When was the young folks published?
Written when Salinger was not yet 21 and published in the magazine of Whit Burnett, his short story composition teacher at Columbia University, the characters and setting were likely drawn from the author's own life. ...
The Young Folks - Salinger.org
salinger.org › story › the-young-folks
About Featured Snippets
More results

paroles2chansons.lemonde.fr › paroles-peter-bjorn-and-john › paroles-you...
Peter Bjorn And John - Young Folks Lyrics & Traduction. If I told you things I did before, told you how I used to be. Would you go along with someone like ...
Related searches
Peter Bjorn and John songs

Tomorrow Has To Wait