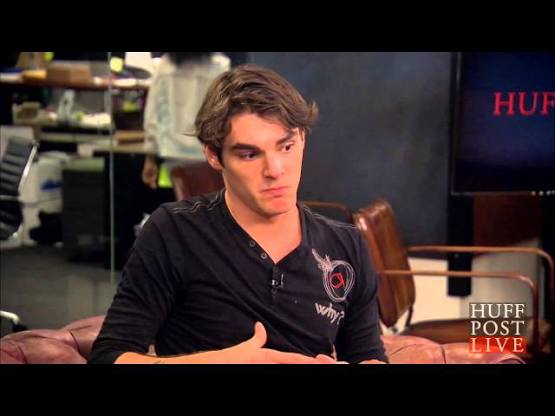 Oct 10, 2016 · You probably know actor RJ Mitte from his role on Breaking Bad, ... daily editorial and more ...
Duration: 3:24
Posted: Oct 10, 2016
People also ask
Does RJ Mitte actually have cerebral?
The actor has cerebral palsy, but he was not diagnosed at birth. It took years for his family to learn about his disability.
'Breaking Bad' actor RJ Mitte on living with cerebral palsy, staying ...
dailyorange.com › 2021/03 › breaking-bad-actor-rj-mitte-living-cerebral-p...
More results
Where is RJ Mitte now?
RJ Mitte. The celebrity ambassador for United Cerebral Palsy landed a recurring role on the Switched at Birth in 2014, shortly after the Breaking Bad finale. He has appeared in films including The Recall, Dixieland and Standing Up for Sunny. In 2019, he appeared in two episodes of HBO's Now Apocalypse.
'Breaking Bad' Cast: Where Are They Now? - Us Weekly
www.usmagazine.com › breaking-bad-cast-where-are-they-now › rj-mitte
More results
Does Walter Jr have a disability in real life?
Actor RJ Mitte rose to fame at the age of 14 when he was cast as Walter White Jr in cult series Breaking Bad. He has cerebral palsy and was bullied when he was younger because of his disability. "I had my hand broken, my foot broken, I was slammed on the ground," he says.
Breaking Bad star RJ Mitte: End stigma around disability - BBC News
www.bbc.com › news › magazine-31923337
More results
Images
View all

RJ Mitte: From 'Breaking Bad' To Breaking Down Stereotypes